Women have made enormous inroads in education and the labor market over the past few decades. They are now the majority of college graduates and are more likely than men to have earned a postgraduate degree. 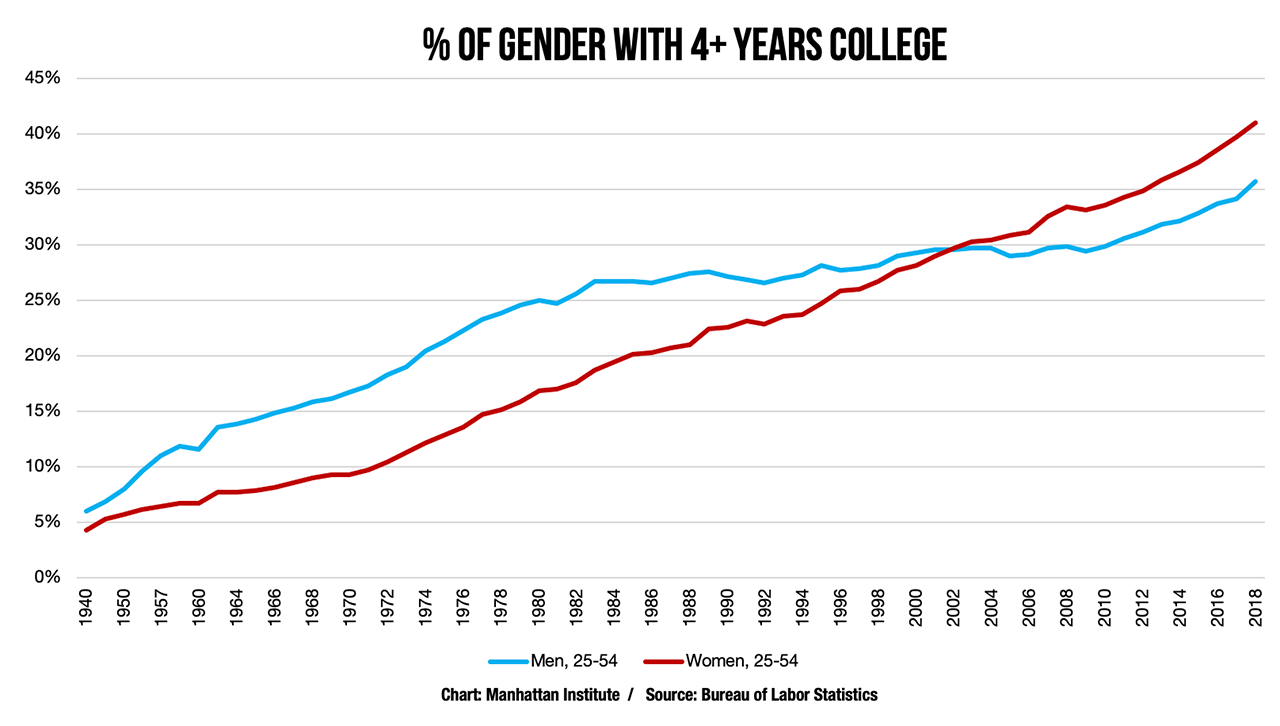 The story for men, particularly low skilled men, is one of decline. Alarming numbers of male prime aged workers are simply MIA from the labor force. This gender gap goes a long way toward explaining family decline among the less educated. Women continue to want to marry men who earn at least as much as they do. 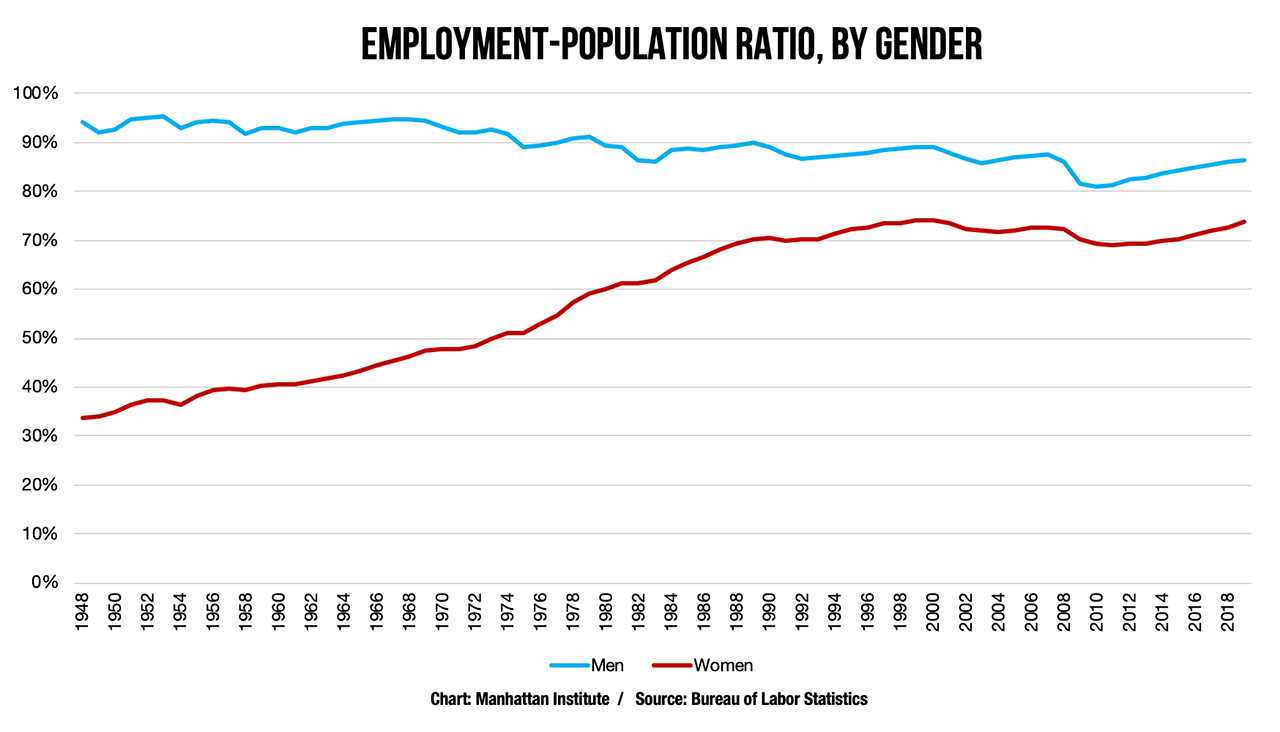 Women without a college degree and minority women are increasingly finding that impossible, forcing them to choose between single motherhood or abstaining from having children altogether. For the details, read the transcript of my testimony for the Joint Economic Committee.

Kay S. Hymowitz is the William E. Simon Fellow at the Manhattan Institute and contributing editor at City Journal.