Why Congress Must Fix Multiemployer Pensions

Last month, Sens. Chuck Grassley (R., Iowa) and Lamar Alexander (R., Tenn.) unveiled a comprehensive proposal to shore up multiemployer pension plans. Congress will have little choice but to consider such a proposal soon, to address a burgeoning crisis affecting workers in America’s multiemployer pension system. These workers face the loss of their retirement benefits as not only their own pension plans but the insurance system that supports them heads toward insolvency. This piece explains the nature of the crisis and what must be done to solve it.

First, some brief background on multiemployer pensions. Multiemployer pensions are private-sector defined benefit (DB) pensions, administered by employers and unions for workers. These pensions are governed by boards of trustees consisting equally of management and labor representatives. Multiemployer pensions are distinguished from single-employer pensions principally by what their respective names imply: namely, a multiemployer plan is sponsored by multiple employers together, typically in a common industry or geographic region, rather than by just one employer. A foundational principle of these pensions is that a worker’s benefits continue even if her specific employer goes out of business. In that circumstance, the exiting employer is supposed to make a withdrawal liability payment to the plan covering its share of the plan’s unfunded vested benefits. Thereafter, the plan’s remaining sponsors are obliged to pay the pension benefits accrued by the withdrawing sponsor’s employees. In practice, things do not always work out so neatly, as will be described later in this piece.

There is a system of insurance for private-sector pensions, operated by the Pension Benefit Guaranty Corporation (PBGC). Employer sponsors of pensions are required by law to pay premiums to the PBGC in return for its insurance of a portion of their workers’ pension benefits. There are important differences between the insurance programs for single-employer and multiemployer pension plans respectively. One difference is that single-employer pension insurance covers much more of workers’ benefits—for example, up to $69,750 annually for a single 65-year-old worker. Multiemployer pension insurance by contrast covers only $17,160 in benefits for a worker with 40 years of earnings. Another difference pertains to what happens when a plan becomes insolvent. If a single-employer plan becomes insolvent, it is terminated and PBGC assumes its assets as well as the responsibility for paying benefits. If a multiemployer plan becomes insolvent, however, PBGC simply props it up by providing financial assistance in the form of “loans” that in practice are not repaid.

This crisis poses a direct threat to the financial security of American workers who were promised and are depending on these pensions. As multiemployer pensions fail, workers will lose all benefits promised above and beyond the levels PBGC guarantees. Moreover, if the PBGC’s insurance program goes belly-up, even workers’ ostensibly insured benefits wouldn’t be paid. Some estimates are that if the insurance program runs dry, affected workers could lose 90% of their promised pension benefits.

Why has this crisis occurred?

To understand the situation, one must first dispense with certain myths about why the crisis has arisen, some of which have been promoted by interested parties seeking an expensive federal bailout. In this mythical portraiture, sponsors of these plans have done nothing imprudent, and there is no need for fundamental changes to federal pension funding rules. These myths attribute the crisis to factors outside the pension system’s control, such as the financial market crash of 2008 and the declining percentage of active workers in the pension plans of industrial America.

Both the financial market crash and the aging of America’s industrial workforce are real phenomena. They did not, however, cause the multiemployer pension crisis. One can quickly see this simply by contrasting the very different situations currently facing single-employer and multi-employer pension insurance. 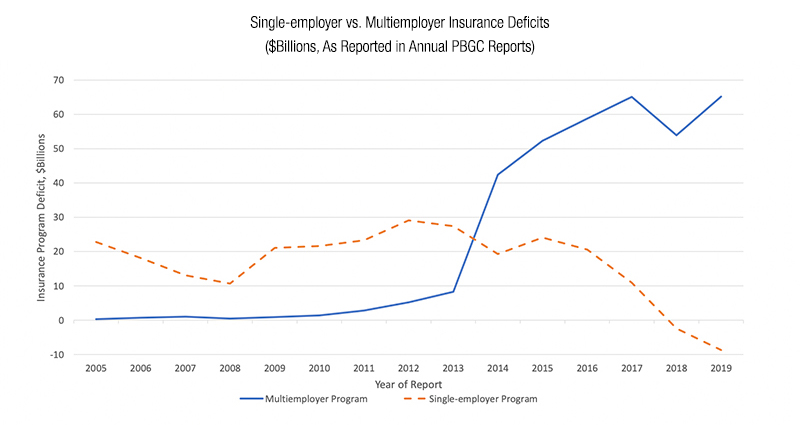 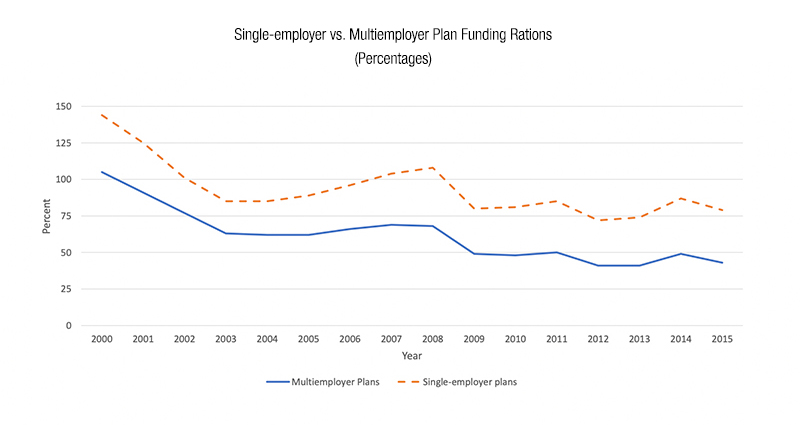 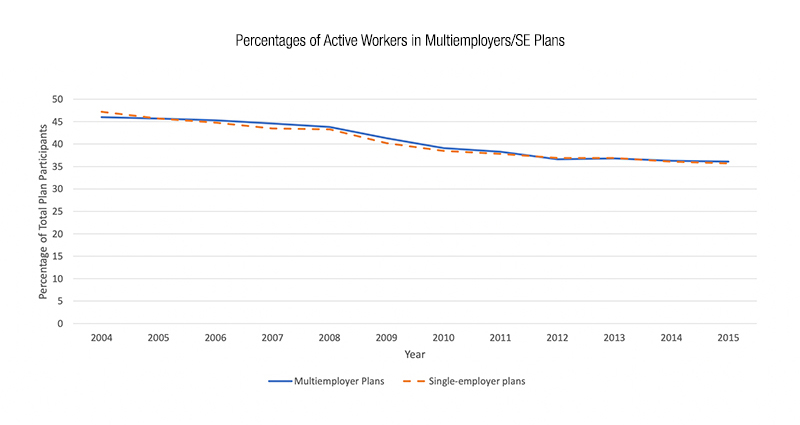 No legislation will resolve the multiemployer pension funding crisis unless it deals with these two issues. A bailout leaving these problems in place risks ultimately putting taxpayers on the hook for over $600 billion in multiemployer pension underfunding— or likely more, as employers reduce their funding contributions in anticipation of federal bailout money to come.

I have published research detailing the actions necessary to stabilize the multiemployer pension system. Here I will mention a few core principles warranting extra emphasis:

Partitioning plans and providing orphan liability relief has the greatest chance to succeed if combined with strengthened, simplified and streamlined general funding rules, similar to those that already apply to single-employer plans. But no matter what provisions are enacted, their efficacy will only be as strong as pension measurements are accurate –meaning specifically, if there is no understatement of liabilities through the use of artificially inflated (i.e., exceeding high-quality corporate bond) interest rates.

The multiemployer pension crisis will not resolve itself absent forceful action by lawmakers. Whether on Grassley-Alexander or on a parallel approach, lawmakers must act. A fix for the multiemployer pension problem is only likely to be effective if it reforms the premium structure, confronts the orphan liability problem, strengthens the funding and withdrawal liability rules, and above all, accurately measures plans’ assets, liabilities, and funded status. Working from these elements, lawmakers have an opportunity to avert a crisis and secure a significant bipartisan policy achievement.

Charles Blahous is the J. Fish and Lillian F. Smith Chair and Senior Research Strategist at the Mercatus Center, a visiting fellow with the Hoover Institution, and a contributor to E21. He previously served as a public trustee for Social Security and Medicare.