Wealth Inequality Is Not as High as We Thought

Several presidential candidates have made exploding wealth inequality a central issue in their campaigns and advocated various policy prescriptions to address it, ranging from introducing a wealth tax to expanding capital gains taxes. Until recently, there has been widespread agreement that wealth inequality is rising in America. This thesis was stated most prominently in Thomas Piketty’s book Capital in the 21st Century, which made a forceful case that the rise in wealth inequality, particularly benefiting the very wealthiest Americans, demands a serious policy response.

Recent academic work, however, has called into question the extent to which wealth inequality has actually increased. A new paper by University of Pennsylvania economists Sylvain Catherine, Max Miller, and Natasha Sarin finds that the purported trend toward wealth inequality disappears after accounting for Social Security wealth. The findings from these studies may alter the public policy debate over how to design the tax system.

Accounting for this pay-as-you-go social transfer system corrects an important limitation in prior work on wealth inequality, which previously only considered financial assets. First, it should be noted that Social Security assets are quite large—the SSA estimates that the value of expected benefits was $33 trillion in 2016, as compared with $79 trillion in other household wealth. Second, Social Security is a progressive benefit, the exclusion of which results in a skewed estimation of wealth distribution. For the bottom 90 percent of the population, the value of their expected Social Security benefits is worth more than their financial assets. And third, the value of Social Security benefits has increased over time because: a) the population has gotten older (increasing the number of people benefiting from the program), b) benefits are indexed to wages instead of prices, c) life expectancy has increased (increasing the total benefits in someone’s lifetime), and d) interest rates have fallen (raising the present value of the benefits).

Another reason to incorporate Social Security benefits into an analysis of wealth inequality is that the amount households save depends on the social insurance programs available to them. The Chinese, for instance, have substantial household savings in part because they have limited access to social insurance for shocks affecting their health, disability status, longevity, and so forth. Instead, Chinese households self-insure against these risks by saving and building up asset buffers. Germany, by contrast, has, since the time of Bismarck, implemented an extensive welfare state providing substantial insurance against these kinds of risks. As a result, Germans have some of the lowest levels of household wealth in the Eurozone. A substantial body of academic research has documented this substitutability between private wealth and social insurance wealth.

While this substitution is individually rational, it means that ignoring social insurance wealth creates a skewed perspective on wealth inequality. Accounting for this value suggests that trends in wealth inequality have, in fact, been relatively flat.

Another recent paper, by Matthew Smith, Owen Zidar, and Eric Zwick, also challenges the traditional methodologies for calculating financial wealth. Measuring financial wealth is challenging because reliable wealth estimates don’t exist, because many assets are hard to value, and because taxes are paid on income, not wealth. Earlier academic work has attempted to estimate wealth using a “capitalization approach,” which applies a constant multiple to capital income based on the rates of return earned by the average person. Smith, Zidar, and Zwick find that rates of return are not the same for rich and poor households. For instance, many poorer households hold substantial bank deposits that pay little interest income while richer households hold more bonds, which pay higher rates of interest. As a result, for the same level of interest income, poorer people will actually have more total wealth than richer people. After adjusting for this bias in capitalization estimates, these authors still find an increasing trend in wealth inequality, but the trend is not nearly as significant as emphasized by authors like Gabriel Zucman and Thomas Piketty.

Taken together, these findings suggest that we have more to learn before we can formulate sensible policies to address wealth inequality. 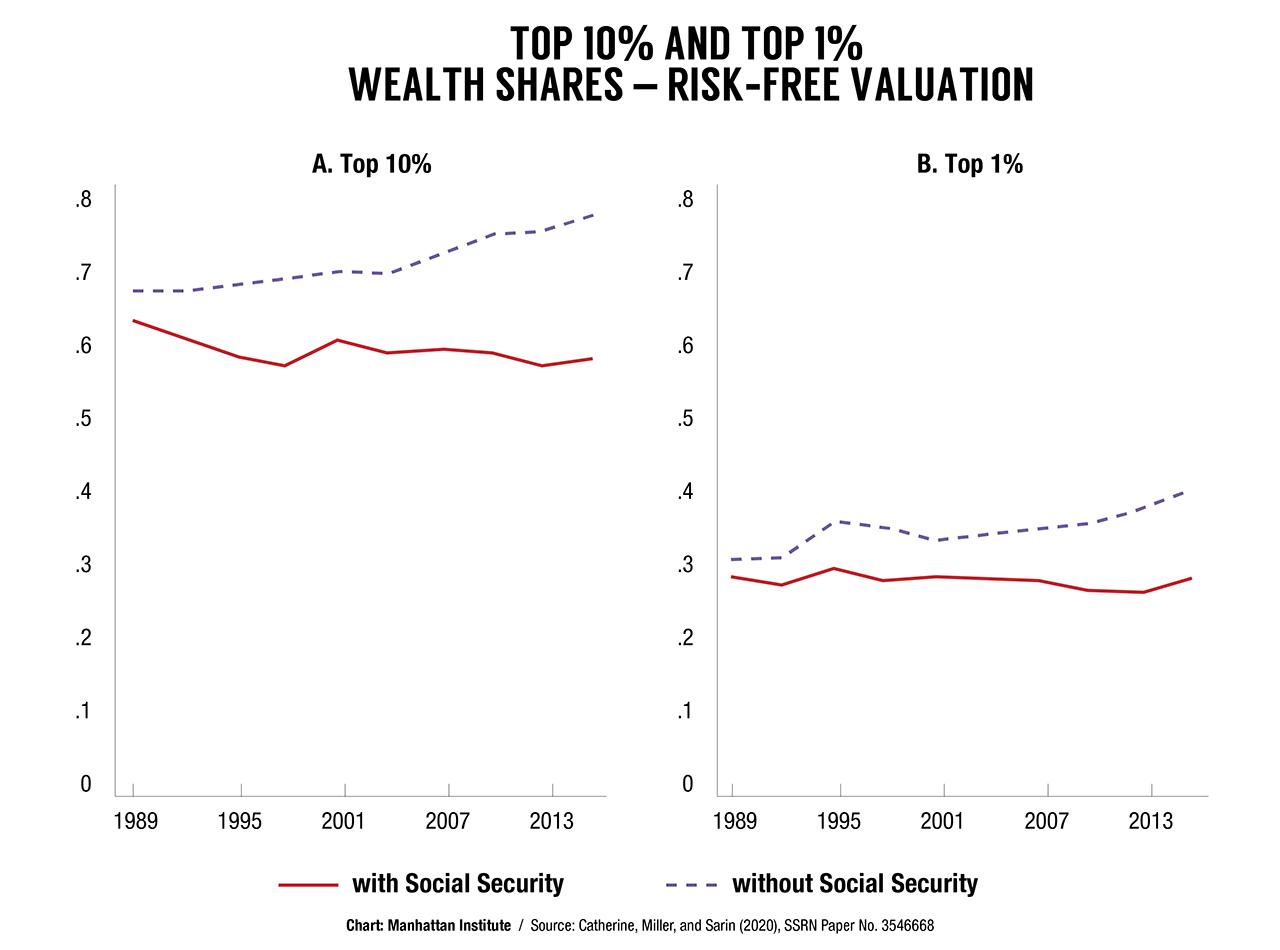 Arpit Gupta is an assistant professor in finance at NYU Stern School of Business.