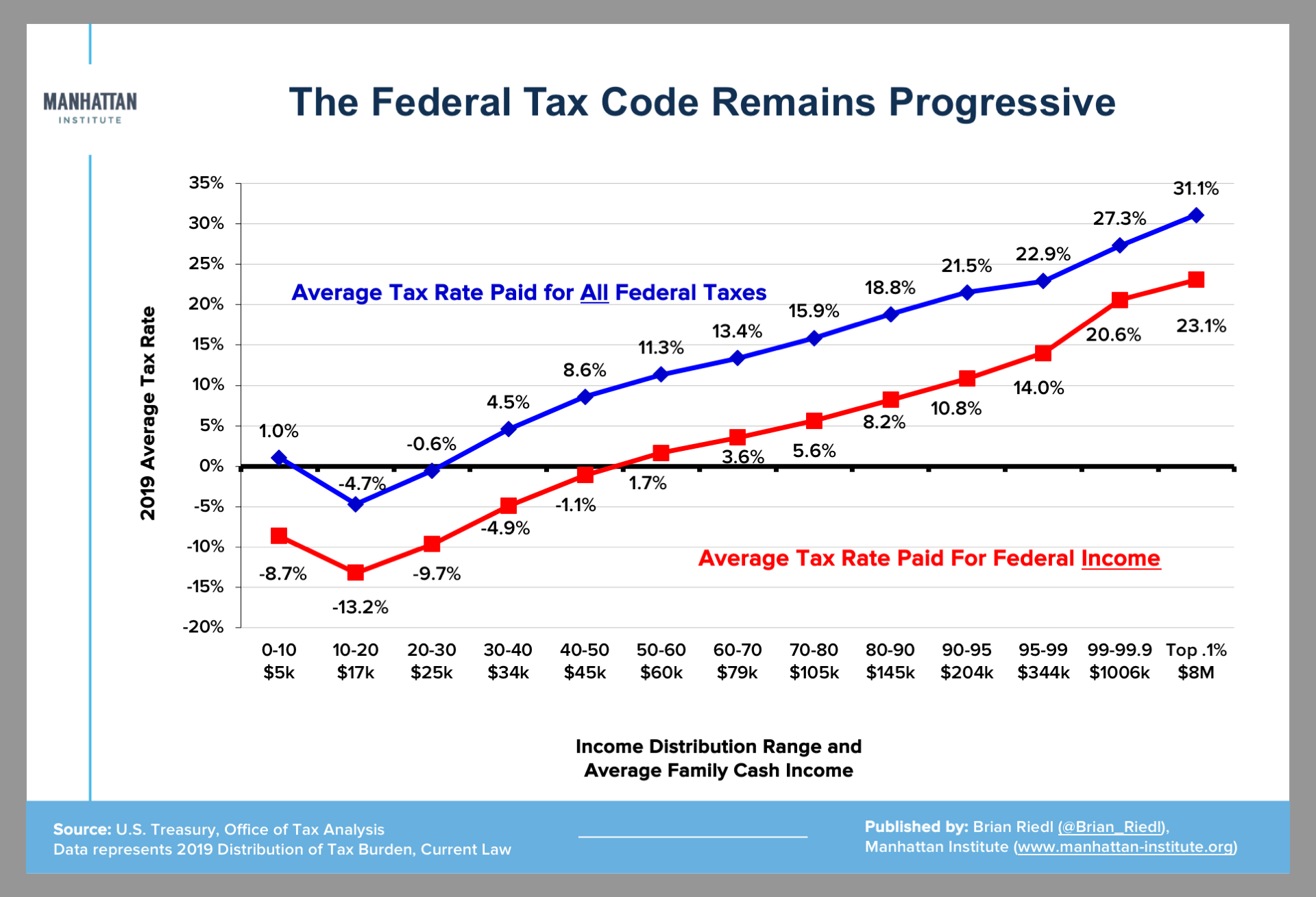 In 2008 the OECD ranked the U.S. as the most progressive income tax in the OECD—even adjusting for differences in income inequality. And this understates the gap because it doesn't count Europe's regressive VAT taxes.

None of this suggests the wealthy's taxes cannot rise, or loopholes cannot be closed. The point is we are starting from the OECD's most progressive tax code—and one that becomes more progressive each decade.

To Understand Congress' Coronavirus Deal, Stop Worrying about the Checks