President Trump touted the lowest unemployment rate in history in last night’s State of the Union. But many of his critics point out the labor market is not as rosy as the unemployment numbers suggest. Unemployment may be at record lows, but labor force participation—the share of Americans in the labor force—has been trending down for decades. It fell during the Great Recession, as people became frustrated and left the labor force, and continued to fall throughout the Obama presidency. To some extent the decline is structural, as an aging population means fewer workers. But there are reasons to be concerned that prime age participation has also been trending down. Economists worry young workers are missing out on vital earnings and skill growth that will haunt them for decades. 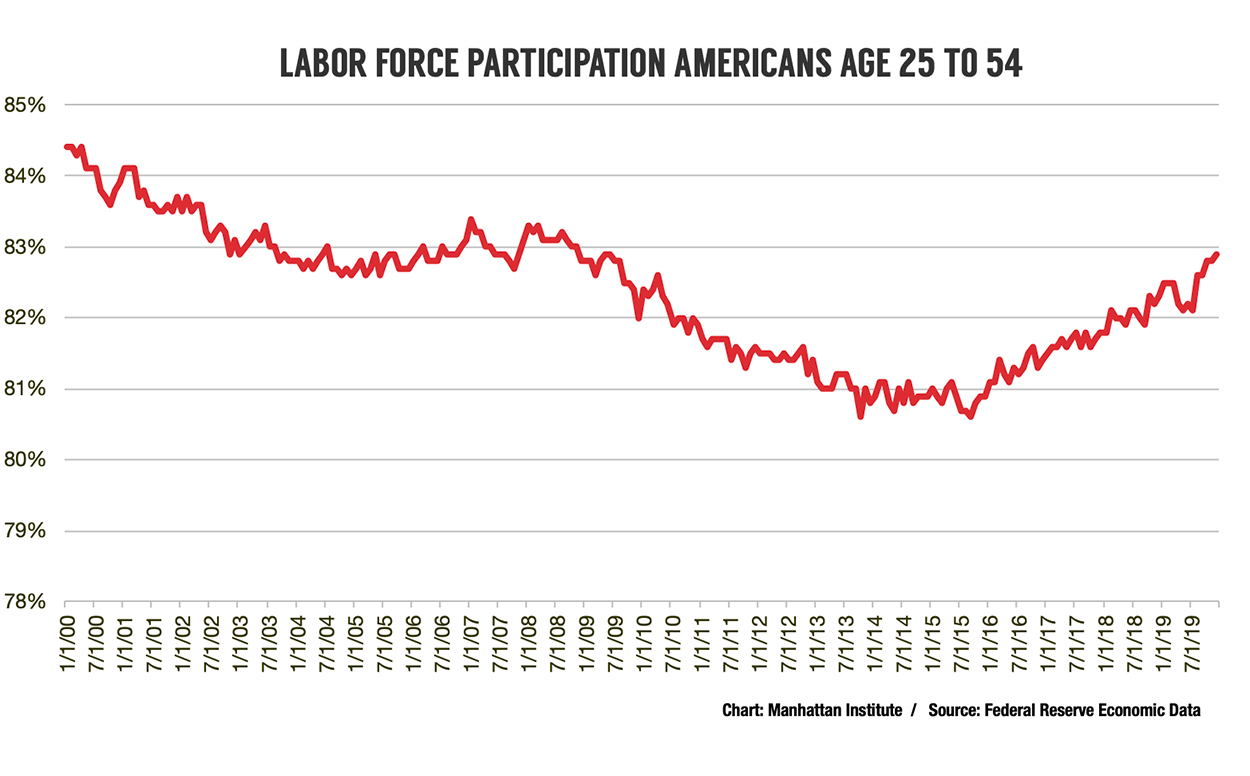 The good news is this trend is starting to reverse itself. A strong economy and growing wages mean some Americans are returning to the labor force. It does not sound as exciting as record low unemployment, but it is in many ways more significant and important.

Allison Schrager is a senior fellow at the Manhattan Institute.