Are the rich taking over the stock market?

It is a familiar story that wealth inequality is widening to intolerable levels. And now the Financial Times reports the same is happening in stocks.

“The richest 1 per cent of Americans now account for more than half the value of equities owned by US households, according to Goldman Sachs. Since 1990, the wealthiest have bought a net $1.2tn in company stakes, while the rest of the population has sold more than $1tn.

Three decades ago, ownership was also lopsided, but the top percentage point of Americans by wealth only controlled 46 per cent of all US equities held by households. By the end of September 2019, that proportion had hit a record 56 per cent, amounting to $21.4tn, according to the investment bank’s calculations. That includes both public stock and ownership stakes in private companies.”

This could be driving lots of the economic inequality, because the returns to capital (owning stock) has been outpacing the returns to labor (pay from working). But by many measures the ownership of capital has never been more equal.  For instance, two thirds of the stock market (public markets) is owned by institutional investors, including pension funds who invest their assets on behalf of working people who make up the bottom 90%. Pension funds also are among the biggest investors in private equity.

Traditionally, the rich were the only ones who owned stock at all. But stock ownership increased over the years through 401(k) type plans that made the market more accessible to many American households. 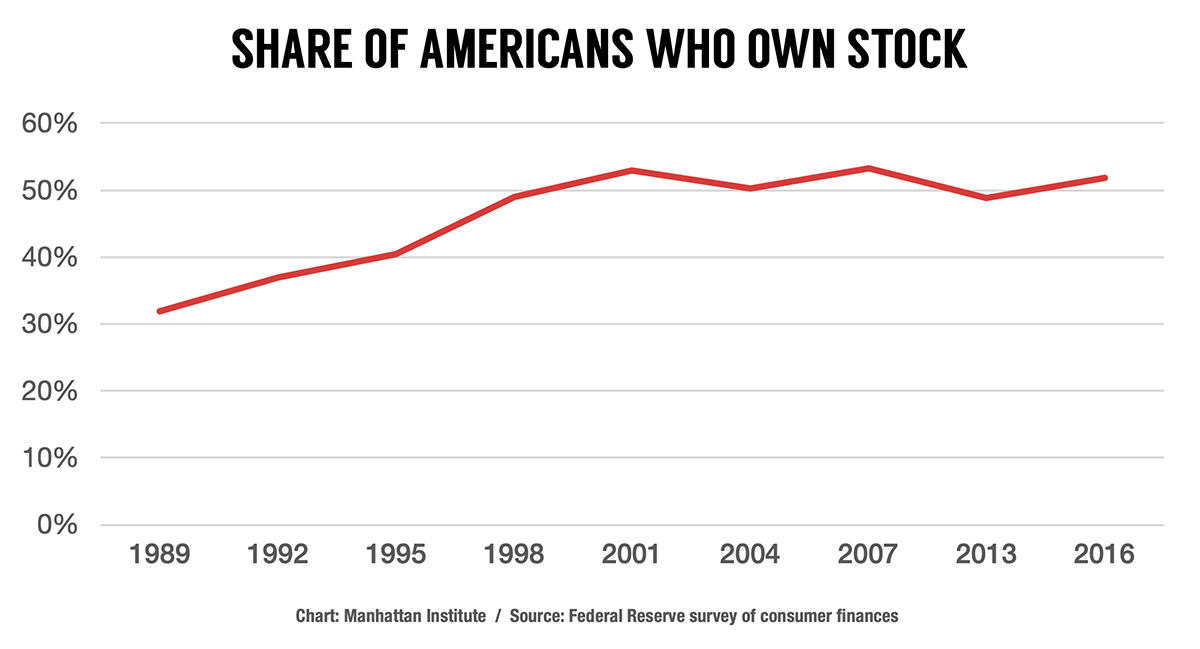 It is possible that much of the disparity Goldman Sachs estimates is coming from private firms. The richest 1% often got that way from starting very successful businesses, some which are still privately held. Owners have become less likely to go public, turning instead to private markets. In this case, Goldman’s findings may be more reflective of entrepreneurial success, as well as regulations and structural changes that make going public unattractive, than economic injustice.