On Sunday Chileans rejected a new constitution that would've undermined many of their existing property rights and transformed its economy. The left argues that the existing constitution, which has evolved over the years, did not serve lower income Chileans and their current economic system worsened inequality. But compared to other Latin American countries, Chile has been a stunning economic sucess story since the 1980s. Freer markets and strong institutions relieved many Chileans from poverty and enabled an economy wealthy enough to join the OECD. The figure below shows the share of the population living under less than $5.50 a day in Chile and other Latin American countries. 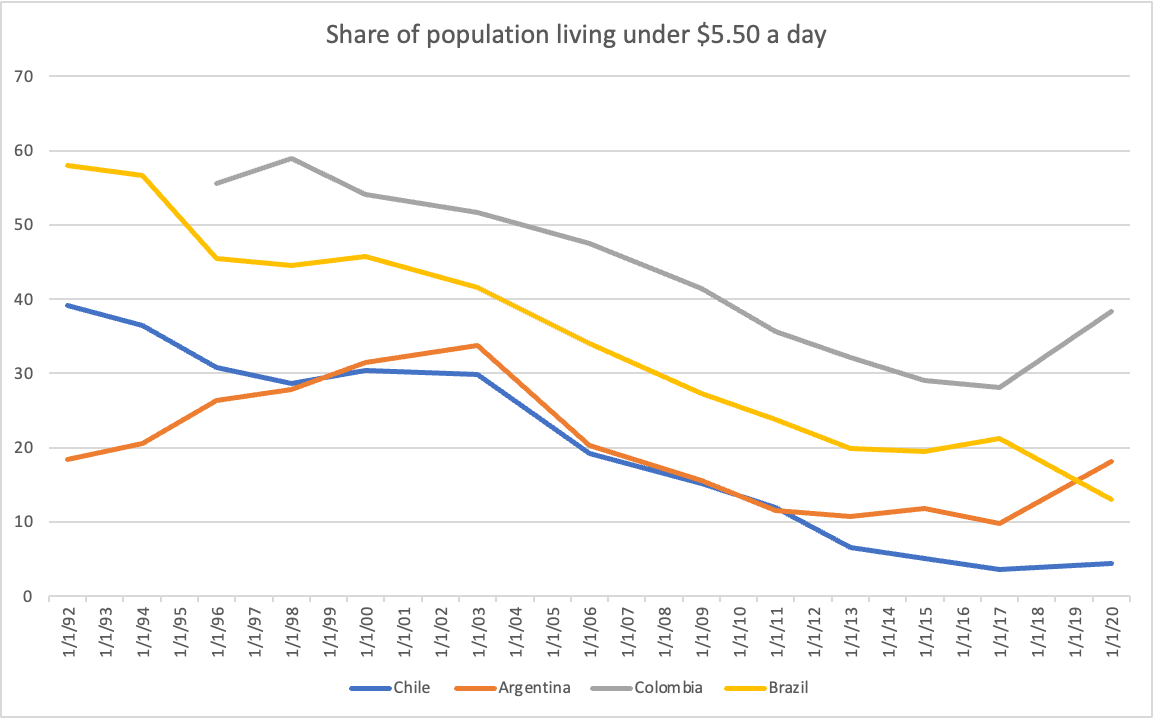