In many large city school districts, school improvement efforts have moved away the school accountability and choice efforts of the Bush and Obama years to a renewed focus on racial integration in schools. My new Manhattan Institute report describes the complex demographic landscape of public, charter and private schooling in the nation’s largest school district, New York City, as well as the rest of New York State. 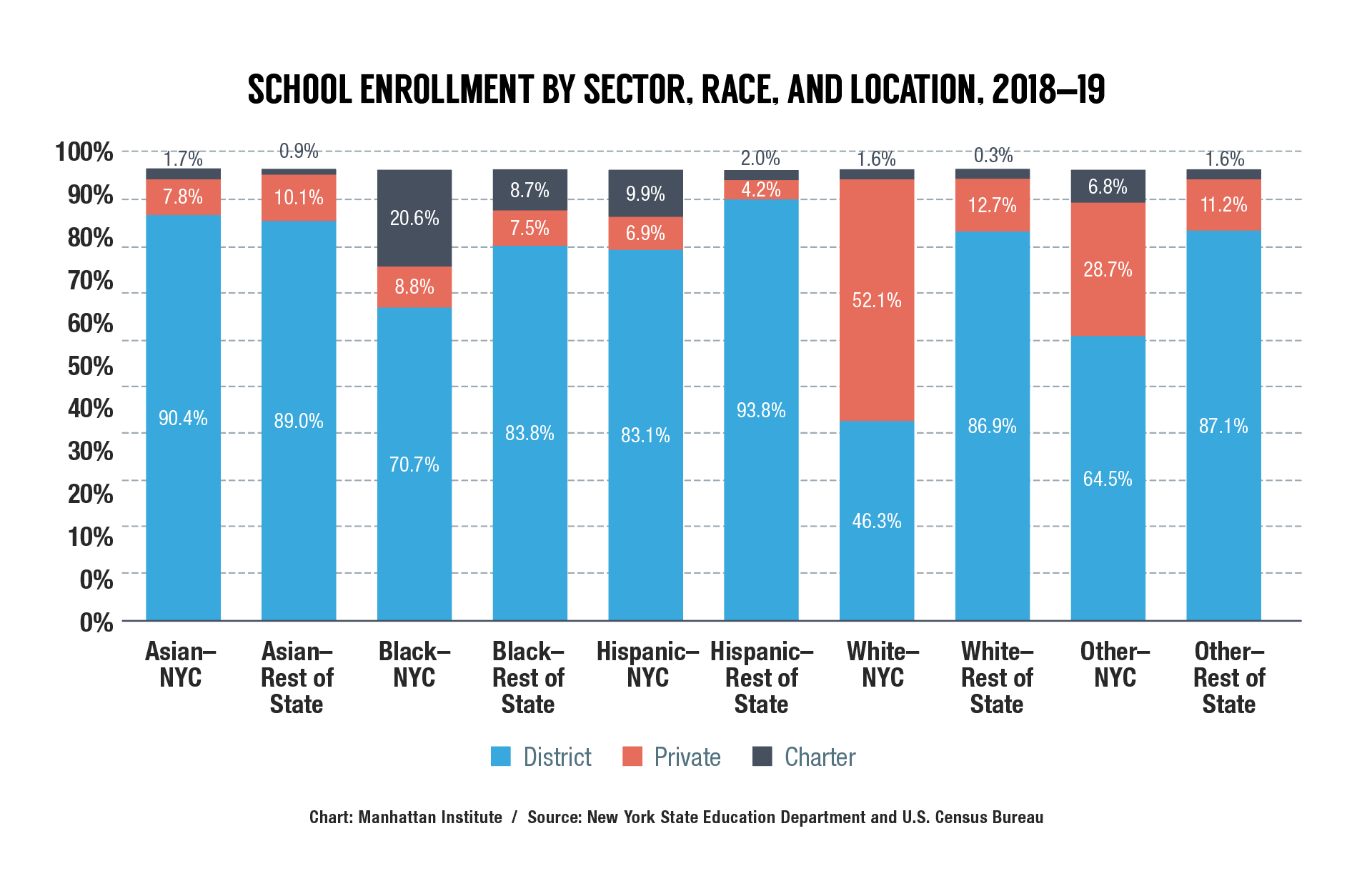 In the city, 19 percent of students attend private or religious schools; an additional 9 percent attend public charter schools, but sector usage varies by racial and ethnic background. Asians are the most loyal to the traditional district public schools. A majority, 52 percent, of all White students are found in private and religious schools. Black families are the second most likely group to avoid traditional public schools; one in five Black students are in charter schools and close to one in ten are in private.

Charter schools are 90 percent Black or Hispanic. Parents choosing them are seeking orderly and effective schooling, regardless of their racial make-up. Parents are fiercely independent when choosing a school. New York’s many school options will limit the ability of public officials to dictate the racial make-up of the city’s public schools.

Ray Domanico is a senior fellow and director of education policy at the Manhattan Institute. He is the author of the new report, “A Statistical Profile of New York’s K-12 Educational Sector: Race, Income and Religion.”