Jay Powell has been busy. While testifying before Congress he outlined the Fed’s programs over the last few months. The Fed has taken traditional measures such as cutting its target federal funds. It has also taken actions that have precedent in its response to the Great Recession of 2008: buying long-dated government and mortgage bonds, extending dollar swap lines to other central banks, and paying interest on reserves. But the Fed has also put entirely new measures to use: buying corporate and municipal bonds—both directly and through exchange-traded funds (ETFs)—as well as providing capital to small and medium businesses through the Main Street Lending Program. But as the economy faces new challenges and the Fed faces changing expectations, the question is—can this last?

All this activity shows. Despite unprecedented economic disruption the financial markets held up. The corporate bond market is issuing more debt for lower rates than ever before. And the stock market has only lost approximately 8% of its value since mid-February. Small businesses may be on the verge of closing, but larger firms and municipalities are able to get credit and, it seems, live to fight another day.

The activity also shows on the Fed balance sheet, which recently peaked at a record high. 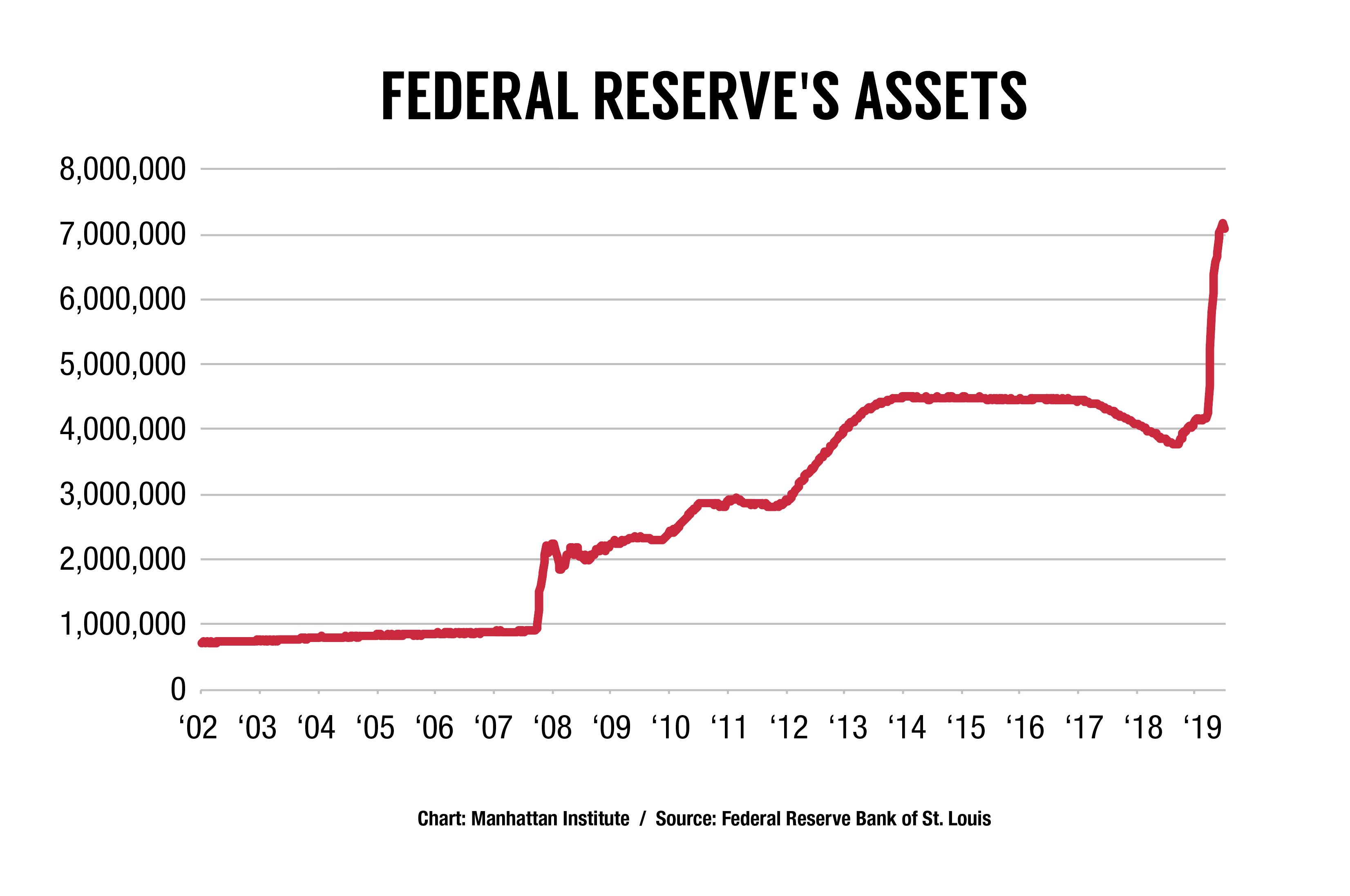 The Fed is now one of the world’s largest holders of one credit ETF, and is the third and fifth largest holder of two other funds. These are extraordinary times that require extraordinary measures. But so was the 2008 financial crisis and the Fed’s balance sheet has only grown since then. After each crisis, the Fed’s balance sheet is reaching a new, permanent high. The consequences of the Fed owning so many assets, especially in the private sector, are unknown. It could be benign, but it may also risk inflation in the future, long-term price distortions, and market disruptions.

Which makes you wonder: what can the Fed do next? Powell notes that the future is uncertain. The Fed is increasingly seen at the savior the economy, even for things its tools are ill-suited for like reducing the racial economic disparities.

Powell insists the Fed still has plenty of ammunition left. But should it need to use that ammunition to prop up businesses and corporate offices that must remain shuttered and empty until we possess a coronavirus vaccine then its power and credibility will be tested.

Worse, expecting the Fed to overcome structural inequities undermines its independence.  If it keeps interest rates low in order to target Black unemployment, it is not clear this will even work. Low interest rates are blunt tool and if keeping them low for longer than necessary distorts stock prices, the Fed could undermine financial stability and worsen wealth inequality (adding to the scrutiny it faces). Fixing inequities in the labor market is a hard and vital problem, but the channels through which it might be addressed — such as education, regulation, and the safety net — are not the policy domains of the Fed.

The Fed’s ability to buy so many assets and restore confidence looks to have been critical these last few months. But expecting the Fed to do more than it can will only compromise its ability to respond effectively to the next crisis.

The Cross Cutting Data on Employment