“Nobody who works 40 hours a week should live in poverty.” This sentiment has been expressed by Democrats from Vice President Joe Biden to Senator Bernie Sanders, and is used to support raising the minimum wage from the current federal level of $7.25 per hour to $12 or even $15 per hour. But the “40 hours a week” mantra misdiagnoses poverty in America. The largest cause of poverty is not low wages but lack of work altogether.

According to the Census Bureau’s recently released report, Income and Poverty in the United States: 2015, just 2.4 percent of working-age individuals employed full-time and year-round live in poverty, down from 3 percent in 2014. By contrast, nearly a third (31.8 percent) of non-workers were below the official poverty threshold. 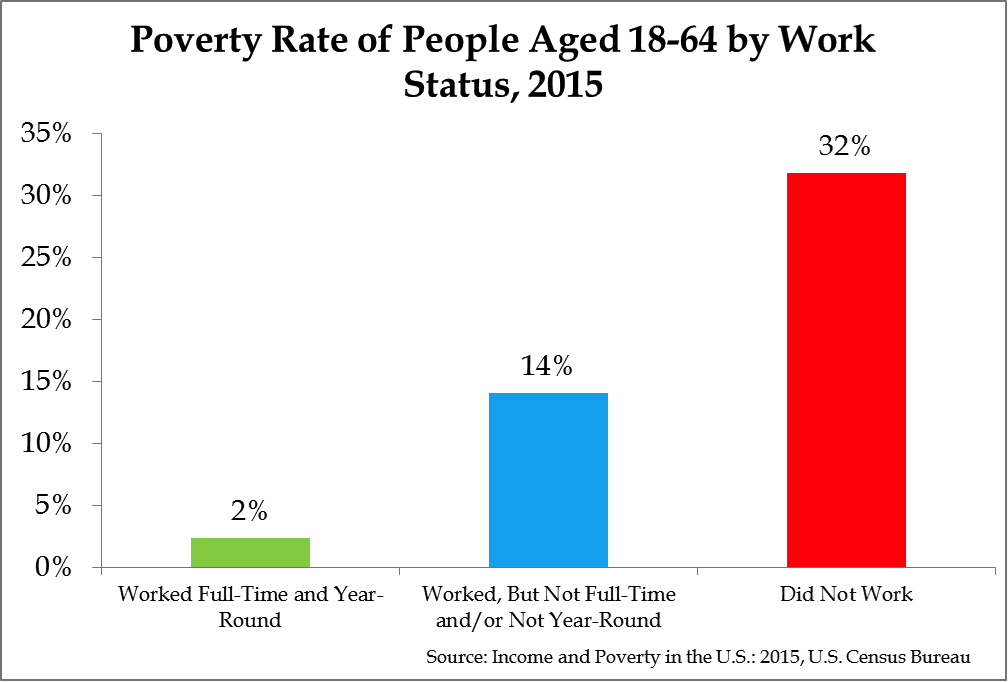 Of the roughly 24 million working-age individuals below the poverty line in 2015, just 2.5 million had a full-time, year-round job. Even this number is likely overstated—the definition of poverty used by the Census Bureau does not take into account taxes and transfers such as the Earned Income Tax Credit, which tops up the wages of low-income workers. 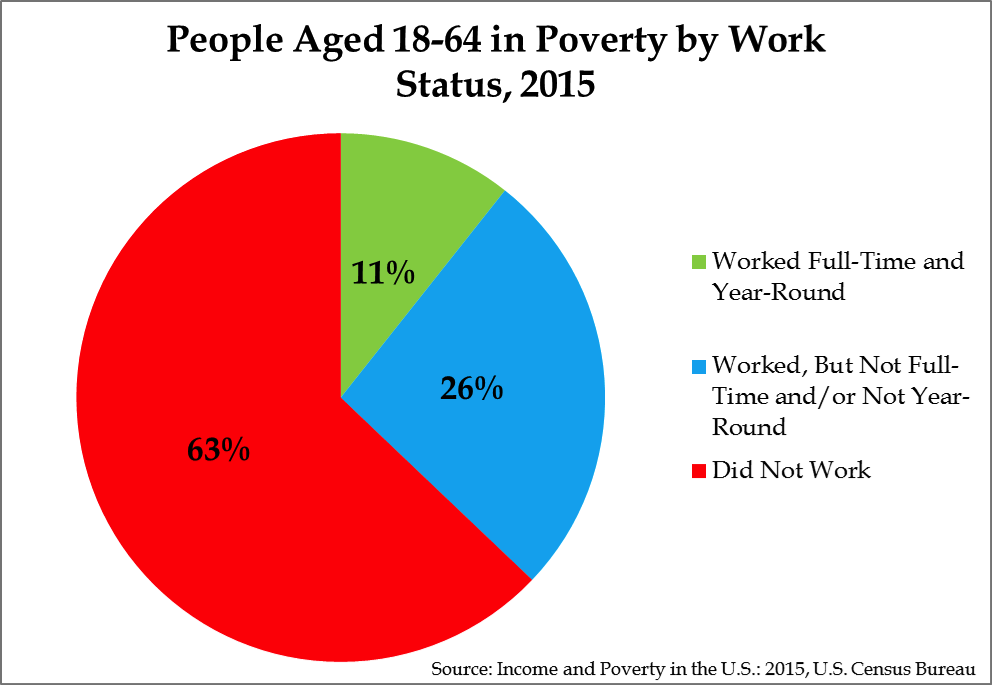 Politicians who want to raise the minimum wage argue that it will reduce poverty. But the minimum wage comes with a tradeoff—higher wages for some, but fewer jobs for others as employers cut back on hiring due to heftier labor costs.

If the goal is poverty alleviation, the tradeoff inherent in raising the minimum wage is not worth it. Antipoverty policy should focus on helping the nine-tenths of working age people in poverty who do not work 40 hours a week and year round. Raising the minimum wage would aid just a small share of those in poverty—while creating even higher barriers to entering the workforce for everyone else.

Policymakers should instead focus on breaking down barriers to employment, as 97 percent of full-time, year-round workers are not in poverty. One promising reform is the youth minimum wage, or a lower minimum wage rate applicable only to workers under the age of 20. While the United States has a youth minimum wage, it is too limited in scope to have much effect.

Expanding the youth minimum wage, however, could have a snowball effect. My own research suggests it could create up to 456,000 jobs immediately after expansion, but could yield even larger benefits in the long term. Encouraging employers to hire young people would provide those new employees with skills and professional experience that will benefit their careers far into the future. Not only would the youth minimum wage create jobs today, but a better-skilled workforce would raise wages in the years to come.

To create effective solutions to poverty, we must be honest about its causes. Some people in poverty work 40 hours a week, but focusing exclusively on these individuals misses 90 percent of the problem.

The 2020 Recession and Unusual Recovery

In 2022, Demand for Labor Remains Strong