Thursday morning, the Bureau of Labor Statistics released a report informing us that the number of people applying for unemployment insurance programs last week spiked to an astronomical high: 3.2 million. Prior to this news, the four-week moving average indicated that approximately 230,000 new claims had been filed on a weekly basis. The change we observed today represents a 14-fold increase. 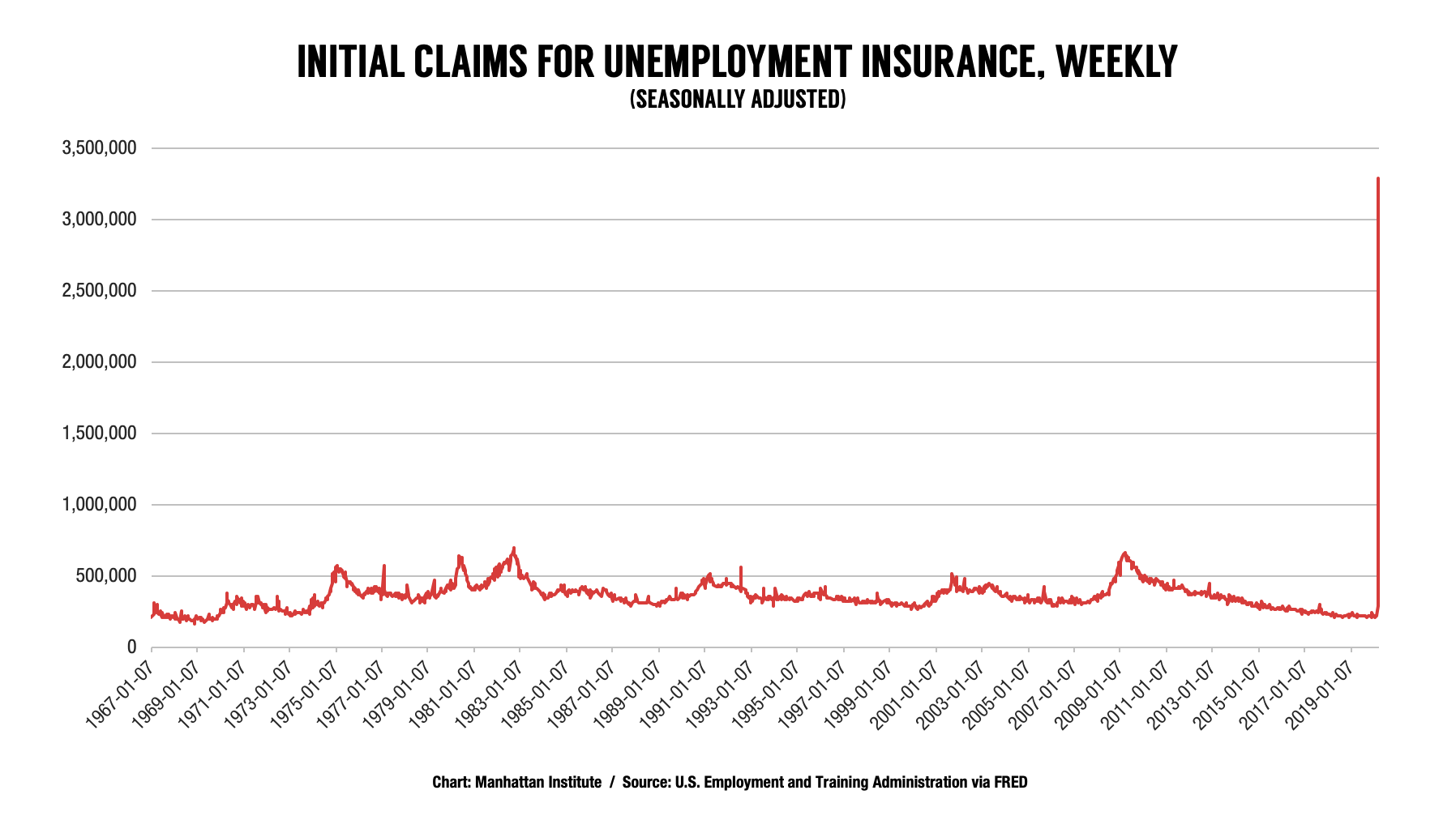 This new data was astonishing but, sadly, not surprising. The loss of jobs and the subsequent claims for unemployment insurance were the direct effect of necessary social distancing measures implemented to prevent the spread of COVID-19, which have had the side-effect of halting huge segments of the economy.

The news about surging unemployment claims comes on the heels of the Senate passing an unprecedentedly large welfare package aimed at sustaining individuals and business until COVID-19 can be contained and the social distancing measures can be lifted. Among the wide-ranging provisions in the legislation are measures to significantly expand the unemployment insurance program, both in terms of generosity and eligibility. Contract workers, self-employed workers, and non-profit and government employees -- who are generally not eligible for Unemployment Insurance Benefits -- will now be able to apply.  Additionally, the legislation delivers a dramatically more generous benefits.  Federal funds will be used to deliver an additional $600 per week to people receiving unemployment insurance, a dramatic increase over current benefits.  In January 2020, the average recipient was receiving just $385 per week.

Economists sometimes worry about making social safety nets, like unemployment insurance, too generous because it could discourage people from wanting to work, which is bad for the economy. But today mainstream economists of all political persuasions are applauding this quick action to generously expand benefits. Policy makers have essentially mandated the temporary stoppage of the economy. In this moment, it doesn’t matter if people have incentive to work or not because jobs simply aren’t available.

This news is astonishing, but most experts believe that it is just the tip of the iceberg. Next week’s unemployment insurance claims number is expected to rise dramatically again; both due to the worsening economic environment and the expanded pool of eligible applicants. We are still many weeks away from knowing how this abrupt halting of the economy will impact unemployment, though experts are estimating that we’ll see unemployment reach levels that have been unheard of since the Great Depression.