When we think of European entrepreneurial success stories, few think of Estonia. This is a mistake. With the highest number of unicorns per capita in Europe, and almost 8 times as many startups per capita as the European average, the Baltic country is rapidly emerging as a global technological center. New companies such as Bolt and Pipedrive have already made themselves into international brands. Following the Great Recession, which disproportionately affected South and Eastern Europe, Estonia pivoted its economy towards innovation. Since then, Estonia leveraged this creative spirit, doubling its GDP per capita. Now, it has one of the EU’s highest GDP growth rates, largely due to the sudden germination of its startup ecosystem. In 2009, a mere €4 million was invested into Estonian early-stage startups, but by 2021 this had risen to almost €1 billion. Alongside this wave of VC growth, Estonia has become one of the world’s most digitized countries, having harnessed digitization to produce far more productive and efficient systems of everything from immigration to education. The US would do well to learn from Estonia and treasure its enterprising spirit, as it finds itself entering a new age of great power competition. 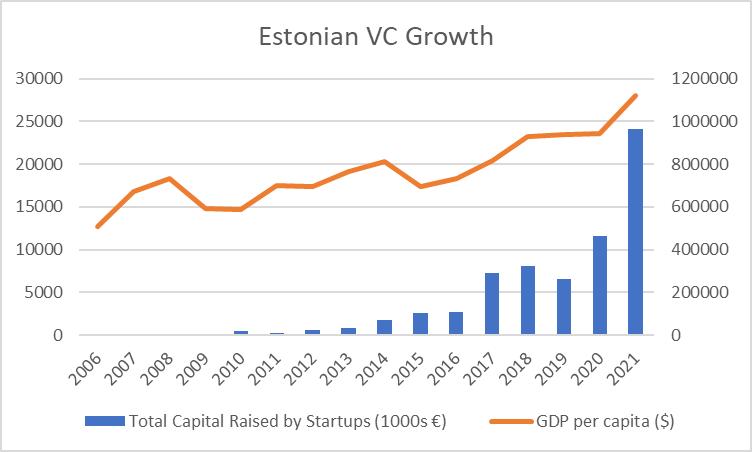 Camillo Padulli, a sophomore at Yale, is a 2023 Collegiate Associate at the Manhattan Institute