When It Comes to Debt, U.S. Households Are Doing Just Fine

According to many media accounts American households are overwhelmed with debt. Much ink has been spilled on millennials struggling with student debt and households drowning in medical debt. But it turns out, when it comes to debt, some estimates suggest American households are doing just fine – better, in fact, than they were 10 or even 20 years ago. Household financial obligations (debt payments) as a percent of income are just 15%, a similar level to where it was in the early 1980s. 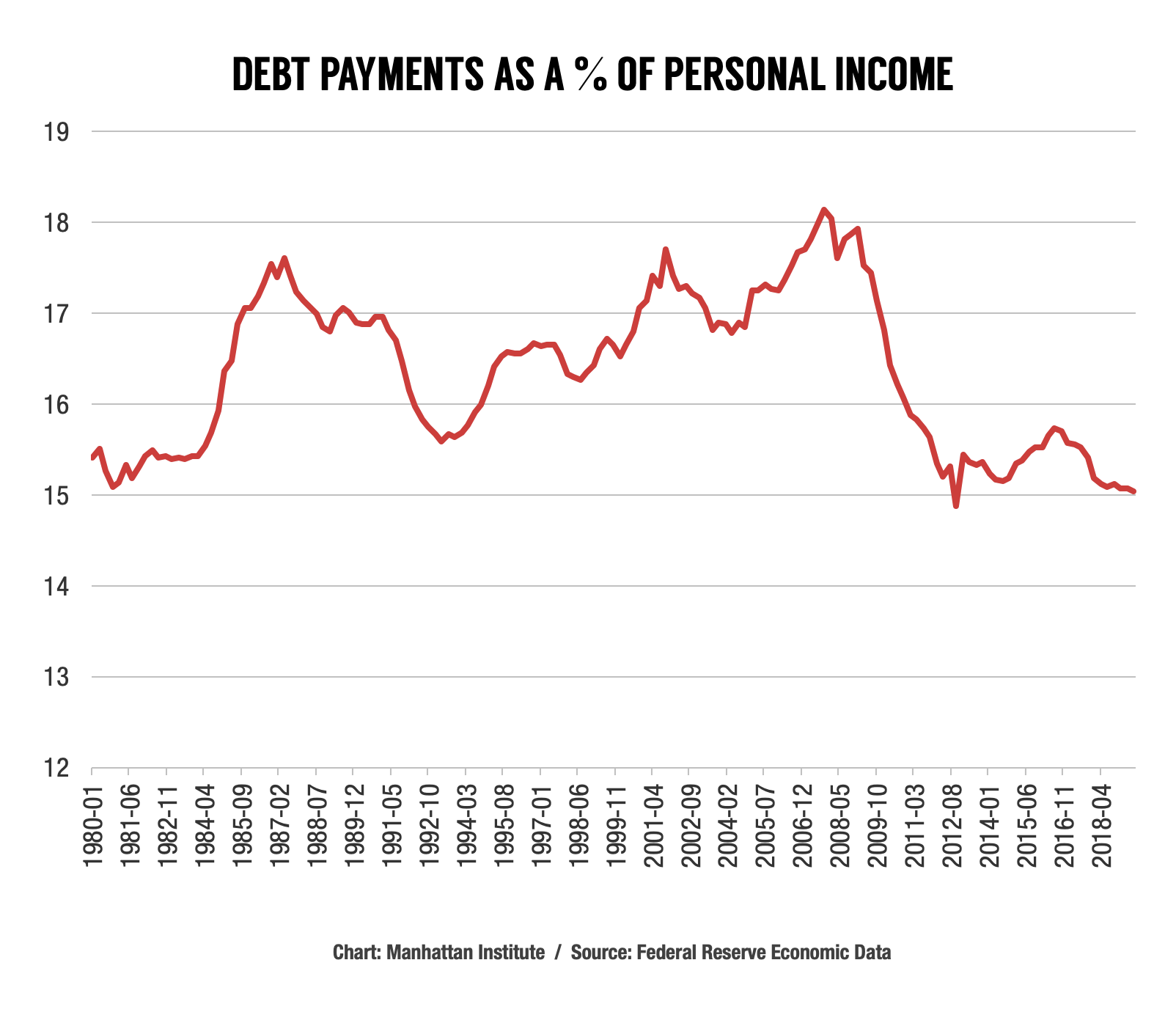 Starting in the 1980s households carried much larger debt burdens, but after the financial crisis debt burdens fell as households de-levered and have stayed low since. To some extent this is driven by low interest rates that make servicing debt cheaper. However, it also represents households carrying less debt. According to data from the Federal Reserve Board, the median debt (the stock of money owed) to income ratio is still lower than it was in the years leading up to the financial crisis. 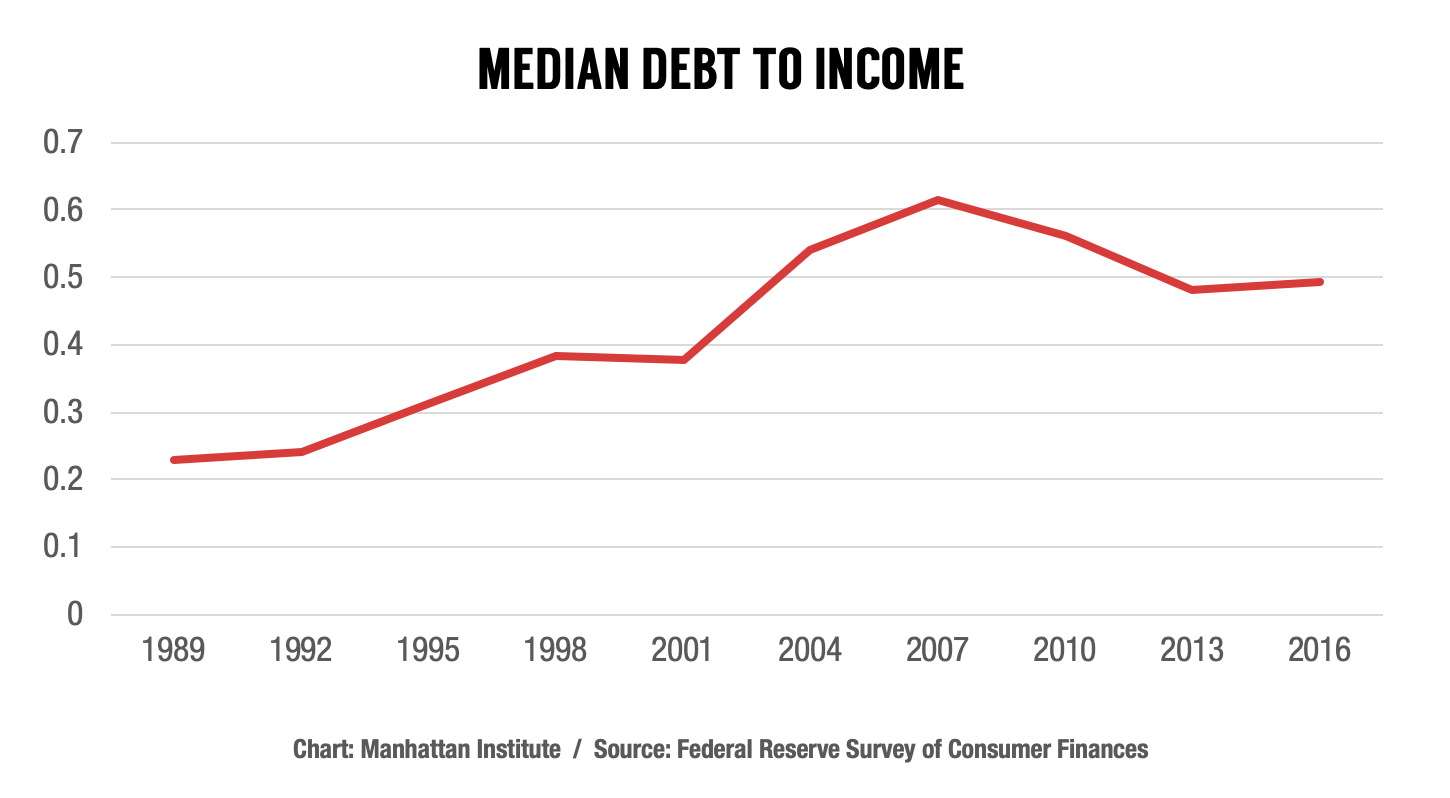 It is also worth noting high debt payment to income ratios tend to pre-date recessions. The low levels today suggest households would be fairly resilient should a recession come along, provided rates don’t increase.