Which States Are Poised to Weather the Storm? 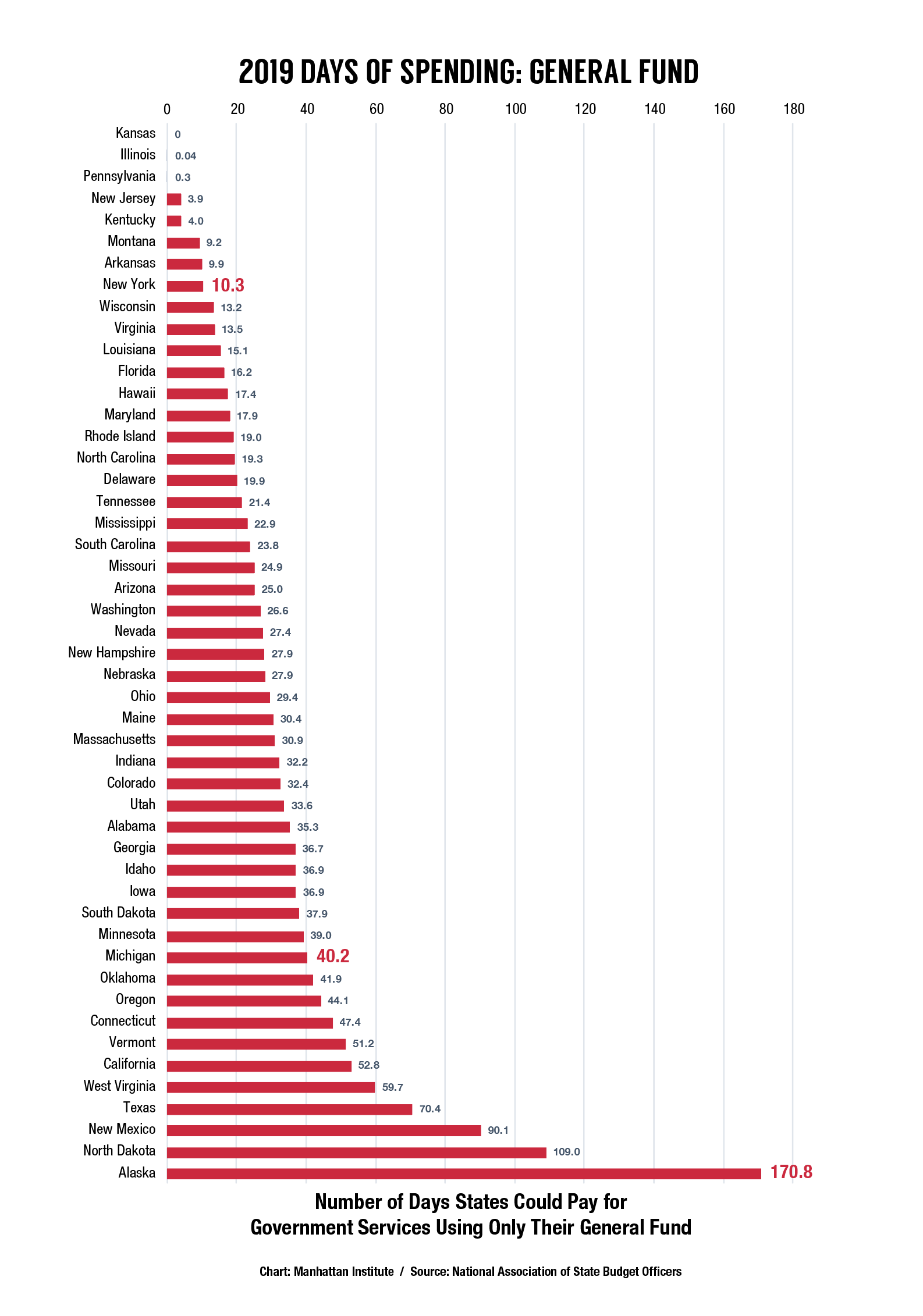 Pew’s analysis shows that many states are going into this recession with more money stashed away than in the last one. States have saved roughly $75 billion for a rainy day, the largest sum in two decades, according to the National Association of State Budget Officers (NASBO). And right now, it’s pouring: the pandemic-fueled recession may cost states upwards of $650 billion. But not every rainy-day fund is the same: fourteen states, including New York, have only enough funds to cover less than 5 percent of annual general spending.

One way to understand these shortfalls is to see how many days (or hours) of spending a rainy-day fund would afford a state. For instance, Illinois’s rainy-day fund would pay for 59 minutes of state government spending. Kentucky and Pennsylvania each had roughly four days’ worth of reserves, though they both topped up their accounts after their fiscal years ended with $195 million and $317 million, respectively. Kansas, which has yet to pay into its rainy-day fund, is in the worst shape of all the states. Five states in all did not at the end of fiscal 2019 have enough reserves to cover a week’s worth of general fund spending. On the other end of the spectrum, Wyoming has more than a year’s worth of reserves (398 days) and Alaska nearly half a year (171 days).

The median state rainy-day fund has roughly 28 days’ worth of reserves covering about 7.7% of annual spending. These reserves ensure that states are better able to weather economic calamity and revenue uncertainties and help many to maintain balanced budgets while avoiding cuts to essential services. Since few states choose (or are able) to draw down the entire amount of their reserves in a single fiscal year,  having a healthy rainy-day fund becomes even more vital because the larger the fund, the larger the financial cushion they can spend now. The fact that 33 states still have less than 10 percent of annual operational spending set aside means that many states will still feel the fiscal squeeze of the current situation. With governors now pressing for more federal aid, Congress has the opportunity, in conjunction with its support, to incentivize and help states to save more during good times.

Michael Hendrix is director of state and local policy at the Manhattan Institute.