Last week, University of Michigan’s estimate of consumer sentiment reached an eleven-year low, declining from a peak of 88.3 (in April 2021) to 58.4 last month. High inflation—combined with depressed stock prices and increasing mortgage rates—continued to weigh on the American consumer. Concerns about an imminent U.S. recession likely contributed to these concerns as well. Despite the bleak outlook, consumer spending remains strong. According to newly released personal income data, real personal consumption expenditures increased 0.7% in April, largely driven by declining saving rates (from 5% in March to 4.4% in April) and higher wages. Inflation expectations may help explain why there is both weak sentiment and high spending: Americans are making big purchases now because they might expect prices to keep increasing. In that case, if inflation continues, demand will eventually fall. Easing inflation and improving sentiment, without forcing a recession, is one of the many challenges—if not the main one—that the Fed currently faces. 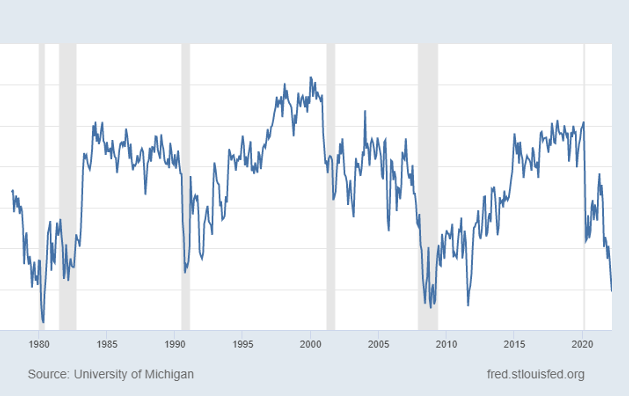 Thomas Triedman, a sophomore at Yale, is a Summer 2022 Collegiate Associate at the Manhattan Institute