College Isn’t Always the Pathway to a Good Job

Parents and politicians tell ambitious young Americans that if they want a good job, they must go to college. But is higher education a foolproof path to a new job? Not necessarily, according to my new analysis of data from Census Bureau survey data, which shows that there’s a large degree of overlap in earnings between different education levels. While a third of America’s full-time workers with high school diplomas but no further education earn more than $48,000 per year, a third of college-educated full-time workers earn less than that. 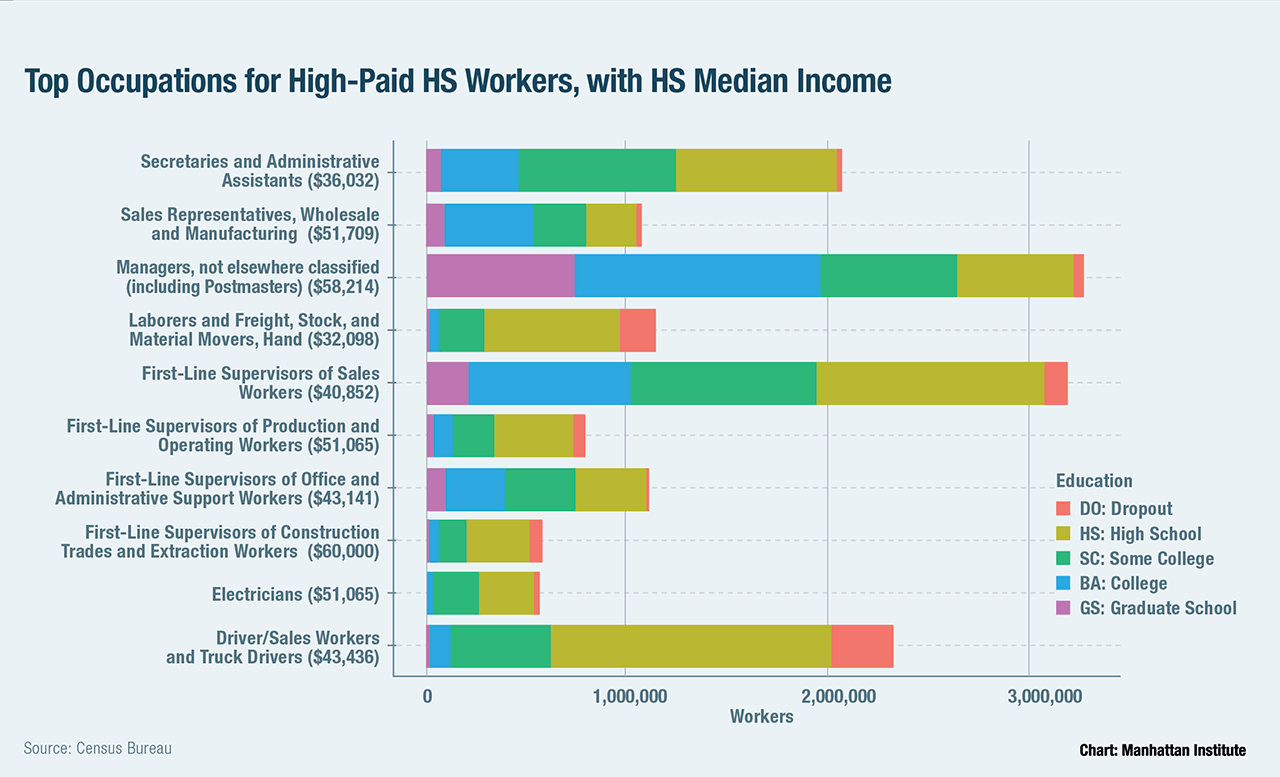 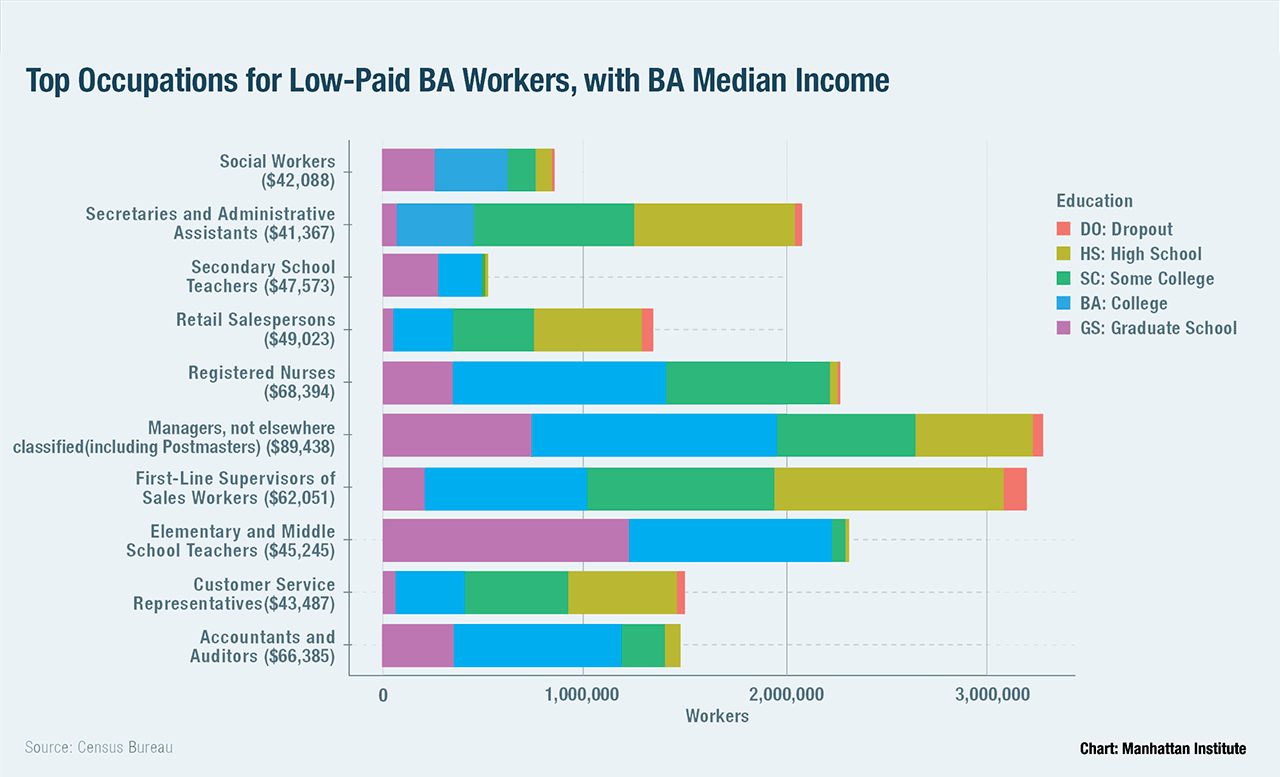 Moreover, most jobs that offer workers with only a high school degree a high salary typically don’t require arduous labor or extensive specialized training: there are hundreds of thousands of secretaries and sales managers, for example, who earn comfortable middle-class salaries with only high school degrees. And while some low-earning college graduates have low salaries because they chose low-paying professions such as teaching and social work, many of them ended up working jobs for which college degrees are not actually required.

Connor Harris is a policy analyst at the Manhattan Institute and author of the recent report, The Earning Curve: Variability and Overlap in Labor-Market Outcomes by Education Level. Follow him on Twitter here.

An E-Commerce Boom This Holiday Season