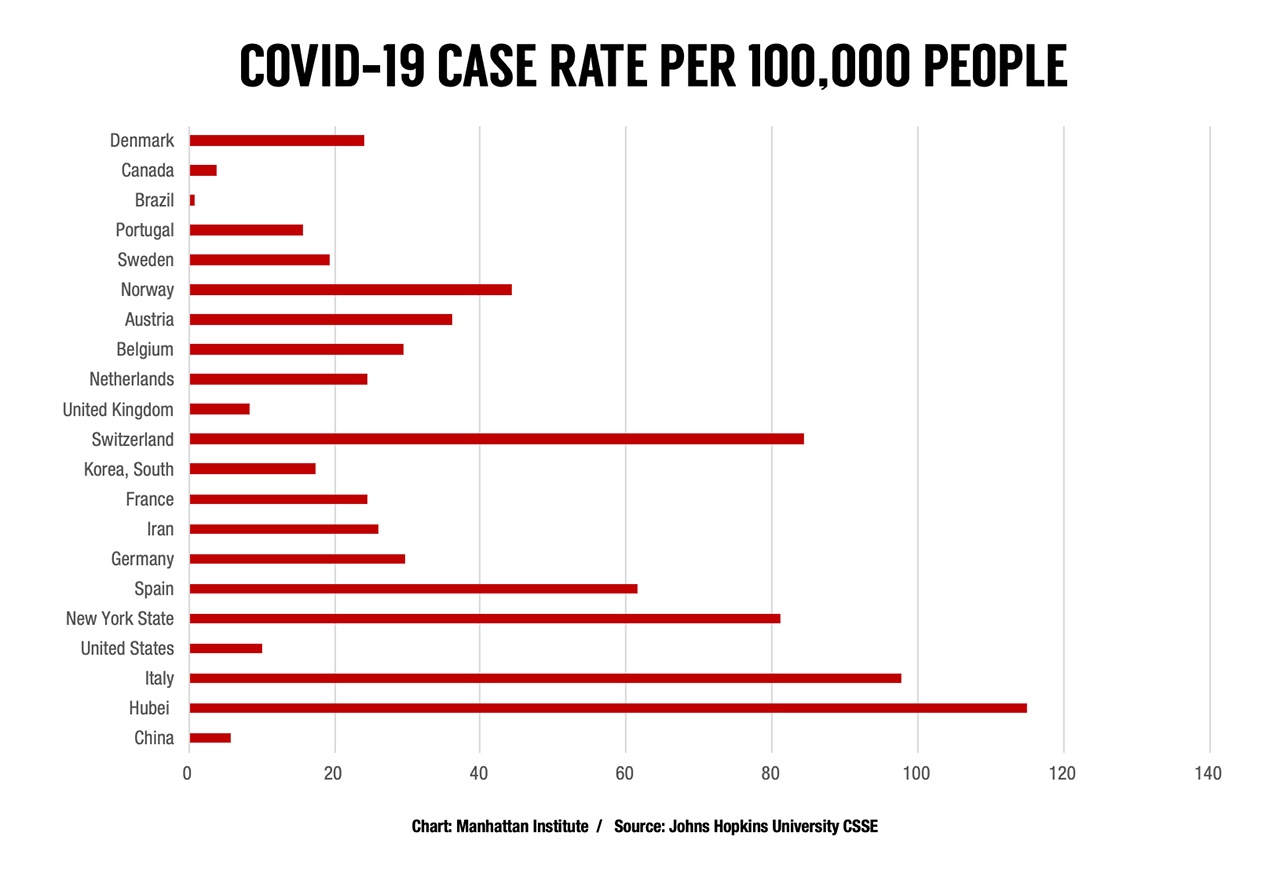 So far the COVID-19 pandemic is affecting some countries more intensively than others. The chart shows the number of cases (including people who have recovered) per 100,000 for countries and regions most effected. This shows how pervasive the virus has become in the population, how likely people are to be infected or know someone who has, and how likely their hospitals are to be overwhelmed. There are large regional differences, the whole of the United States still has a fairly low infection rate because the population is so large and there has been too little testing. But New York State now has one of the highest infection rates in the world. This is in part because New York is testing more and because its population center is a high-density city.